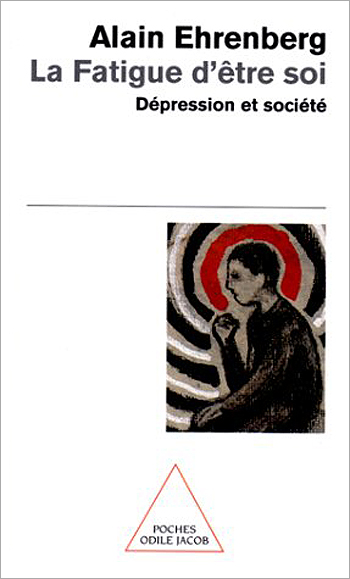 Tired of Yourself (Coll. Poche) Depression and Society

Most of the personal difficulties encountered in daily life 'fatigue, inhibitions, insomnia, anxiety and indecision 'are now generally considered to be symptomatic of depression. Why has depression become such an all-encompassing illness? Examining the history of psychiatry in the light of changing lifestyles, Alain Ehrenberg reaches the tentative conclusion that depression is inherent to a society in which the norm has ceased to be founded on guilt and discipline, and is instead based on responsibility and personal initiative. Depression can be the counterpart of the energy that we must mobilise in order to become ourselves. Perhaps one of the roles of depression is to herald changes in the individual.

'This is among the best contemporary works that attempt to describe human psychology in modern developed society.'
La Qunizaine Littéraire