...
Catalog
Psychology
Guides to help yourself
Depression and Suicide Attempts 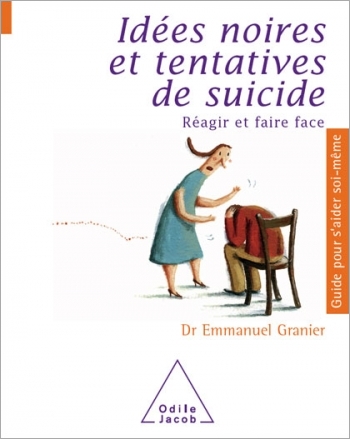 local_libraryTake a look inside
What can you do with someone who keeps talking about death, or who has just attempted suicide? What can you say? How should you behave? This book tries to answer these questions. It also provides:
- a review of current knowledge of the factors that increase the risk of suicide; common behaviour before a suicide attempt; links with personal history or mental illness.
- simple, straightforward advice on how to establish a relationship with someone who is suicidal; how to bring up the subjects of death and suicide; how to make someone who is contemplating suicide question their desire to end it all; how to defuse the crisis.
- a summary of the various methods available to fight against the desire to commit suicide; how to help someone who is suicidal accept treatment; the various different forms of treatment that are available.
Every year in France, there are 200,000 suicide attempts and an average of 10,000 deaths by suicide. Suicide is the second cause of death, after road accidents, among young people. Other suicide risks include the elderly as well as those in financially precarious or psychologically vulnerable situations.
This book goes beyond the usual analyses of the causes of suicide, to offer specific advice on how to deal with a suicidal person.
Written in a direct, accessible style, and backed by numerous examples, this book is the result of the authors long experience not only with people who have attempted suicide, or threatened to do so, but also with their families and the professionals that care for them (notably, teachers, social workers and medical staff).

Emmanuel Granier, a psychiatrist specialising in behavioural psychotherapy, has worked for several years in the psychiatric emergency ward of Avignons Hospital Centre. He takes an active part in training competent staff to deal with suicide attempts, as part of a nation-wide programme created in France in 2002.