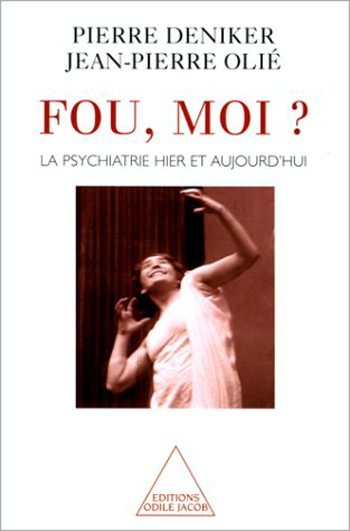 Crazy, Me ? Psychiatry Today and Yesterday

local_libraryTake a look inside
An increasing number of mental patients are being treated outside the stereotypical confines of mental institutions. This trend is often financially motivated, since the cost of institutional care is high. But the psychological advantage to the patients is often contested. Ambulatory care may sometimes seem arbitrarily imposed--especially in the face of the growing number of unjustified refusals to grant patients long-term hospitalisation. The current trend to curb hospitalisation would seem to herald the end of the era of confinement decried by philosopher Michel Foucault. Should its demise be encouraged? Need mental institutions necessarily be places of repression and exclusion? What is the position of mental illness in our society--given contemporary therapeutic progress and advances in medication? In an attempt to reply to these questions, Pierre Deniker and Jean-Pierre Olié trace the history of the development of medical knowledge and psychiatric customs, from the foundation of the first institutions specialising in psychiatry to the recent marvels in biochemistry. They examine the pathologies for which psychiatry has now found both hypothetical explanations and effective therapeutic treatment (mental deficiency, dementia,manic-depressive conditions, schizophrenia, paranoia, and pathological behaviour). The authors conclude that psychiatry will be unable to survive for long without a clear definition of the uses to which it can be put.

Pierre Deniker, an internationally renowned psychiatrist, was formerly head of the university department at the Hôpital Sainte-Anne. He is a member of the French Academy of Medicine.

Jean-Pierre Olié is a psychiatrist at the Hôpital Sainte-Anne. He is the co-author with Jean-Pierre Spadone of Les nouveaux visages de lafolie, published at Editions Odile Jacob.