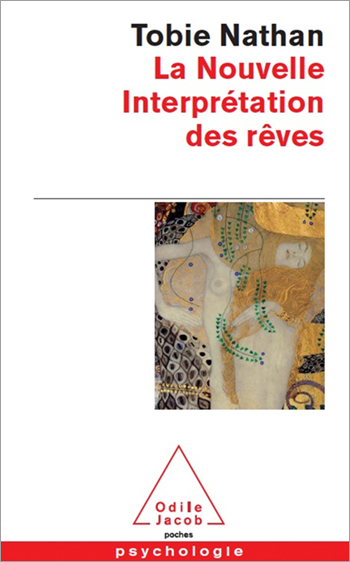 Tobie Nathan is the author of many highly successful, now-classic works such as L’Influence qui guérit and Psychanalyse païenne. An anthropologist and psychoanalyst, he is one of the major figures in ethno-psychiatry. He was formerly a professor of clinical and pathological psychology at the University of Paris-VIII and the director of the Georges Devereux Centre.


“A dream that has not been interpreted is like an unread letter,” according to one of the treatises of the Talmud.
For a long time, it was thought that psychoanalysts were dream specialists, and Freud himself regarded The Interpretation of Dreams as his seminal work. But Freud never revised the general principles that he defined in 1899, and no psychoanalyst since then has made new propositions to the Freudian postulates concerning methods of dream interpretation. Today, the majority of researchers working on dreams are neurophysiologists, who completely exclude any notion of interpretation. So the issue remains intact and is far from being resolved.
While conceding that dreams constitute a physiological reality, Tobie Nathan argues that they cannot be regarded as the hallucinatory fulfilment of the dreamer’s repressed wishes, as is generally claimed. So do dreams serve any purpose? Do dreams have any meaning? Nathan returns to these age-old questions and examines them with the audacity and originality that he is known for. In the process, he draws on recent findings in the neurosciences, on the teachings of psychoanalysis — as well as on the lessons of the Talmud.