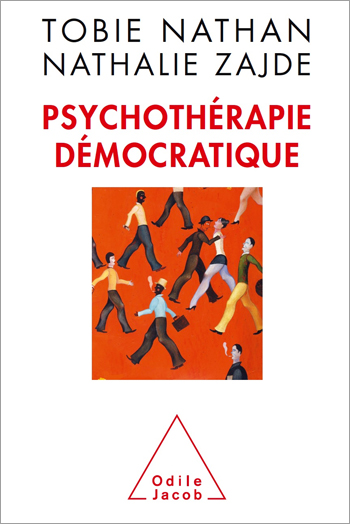 Tobie Nathan is the author of such highly successful works as La Nouvelle Interprétation des rêves, L’Influence qui guérit and Psychanalyse païenne. An anthropologist and psychoanalyst, he is one of the major figures in ethno-psychiatry. He was formerly a professor of clinical and pathological psychology at the University of Paris-VIII and the director of the Georges Devereux Centre.
Nathalie Zajde is a senior lecturer in clinical psychology at the University of Paris-VIII and the author of Les Enfants cachés de France, Enfants de survivants and Guérir de la Shoah.

Psychotherapy is gripped by an intense paradox. It is being attacked (apparently justifiably) on all sides: it is undemocratic, its theories are obscure and shifting, its successes or failures remain unevaluated, the sessions take place without witnesses, training is not acquired at universities but in private institutes and sometimes under the sway of charlatans. At yet, never have so many people undergone psychotherapy (10-20% of the French population). Learning difficulties, adolescence, first sexual encounters, pregnancy and childbirth, grieving, shocks and trauma: all the events that were regarded as simply part of life now enter the sphere of psychotherapy. But when we look at what is happening outside Europe, particularly in Africa and in the large Asian nations like India and China, we see a situation that is totally different. Probably the same percentages of the population have recourse to some form of help, rehabilitation or assistance, but the support systems are unlike the ones that exist in modern Western societies, and they employ other forms of logic and other paradigms.
This book offers some keys to help us understand the complex world of psychotherapy. It overturns our received ideas and offers new concepts to allow us to integrate modern psychotherapies and the therapies of other cultures into a common reflection. Written in a clear, straightforward style, the book offers researchers and laypersons alike the means to separate the wheat from the chaff.
The book begins with Tobie Nathan’s extensive, original exposition, illustrated with pertinent examples, of the concepts required to understand various forms of psychotherapy.
Nathalie Zajde then narrates two psychotherapeutic experiences in non-European settings: in Burundi, in 2003, to treat survivors of the 1993 massacres; and in Guinea, in 2009 and 2010, to treat rape victims of the red berets following the massacre of 28 September. She provides here a general theory of trauma and of how to treat it. To illustrate her remarkable analysis she cites a celebrated case analysed by Sandor Ferenczi, in 1908, of Arpad, a five-year-old boy who was bitten on his penis by a rooster and then began crying out “cock-a-doodle-doo”, in imitation of the animal that had attacked him.
The final chapter, “The Diseases of Fear”, co-written by Tobie Nathan and Nathalie Zajde, explains, using Guinean examples, how a psychotherapy of political trauma can be implemented in politically unstable countries.