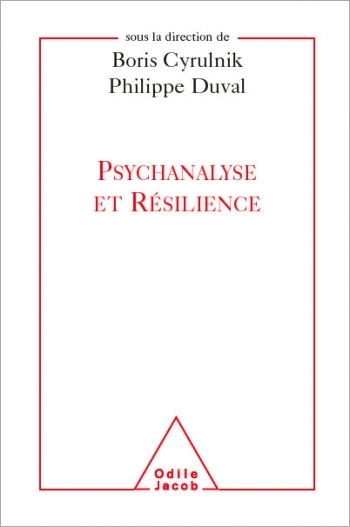 local_libraryTake a look inside
Boris Cyrulnik is responsible for introducing into clinical psychology the notion of resilience, i.e. the capacity to develop normally despite adverse conditions. In spite of their immense success his books have been the subject of controversy and criticism, particularly on the part of the psychoanalytic community, who oppose resilience with the notion of resistance and with their experience of the secondary benefits of illness.
In reply to his critics, Cyrulnik and his co-editor, Philippe Duval, decided to put resilience through the psychoanalytic test. They requested contributions to this volume from seventeen well-known psychoanalysts (among them Bernard Golse, Odile Bourguignon, Sophie de Mijolla, Michel Hanus, Michèle Bertrand, Philippe Gutton, Didier Houzel, Colette Chiland, Serge Tisseron).
The result is a fascinating collection of essays, which show, on one hand, psychoanalysis as it struggles with a problem whose reality it does not really question, and, on the other, the notion of resilience, enriched by contributions emanating from another area of clinical psychology.

Boris Cyrulnik is a neuro-psychologist and the head of a research team on clinical ethology at the Hospital of Toulon, France. He is the author of Les nourritures affectives (1993), L'ensorcellement du monde (1997), Un merveilleux malheur (1999), Les vilains petits canards (2001), Le murmure des fantômes (2003) and Parler d'amour au bord du gouffre (2004).
Philippe Duval, a psychologist, teaches at the University of Paris-VII and heads a professional press group of publications for children, teenagers and young adults.