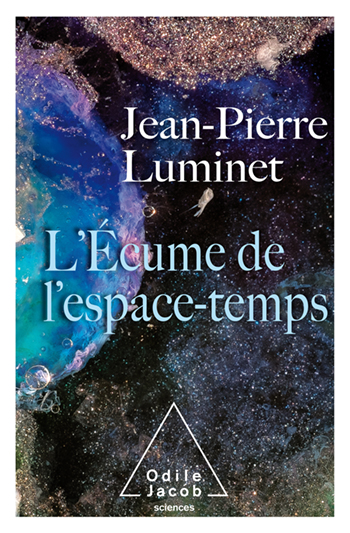 The Froth of Space-Time The marvels of quantum gravity

Jean-Pierre Luminet, eminent astrophysicist and great writer of popular science, specializing in black holes and cosmology, is the author of many books in science and the history of science written for a general audience. He currently works at the Laboratoire
d’astrophysique de Marseille (LAM) in the south of France on theories of quantum gravity.
Physics is the search for the simplest way of seeing things, and its path has been scattered with incontestable successes: today, we need only four forces to describe nature, and the physics of the infinitely small has joined that of the infinitely large since at the very beginning of the universe, there were only elementary particles.
However, physicists have never slept so badly. Three of the fundamental forces are of quantum nature, but the fourth, gravity, is of geometrical nature, which is completely incompatible. Even worse, the background scenery, space-time, lost all significance in the conditions that reigned at the time of the Big Bang.
To resolve the conundrum, it was first thought that space-time, bent on a large scale by the stars found in it, could on a very small scale bend more violently, to the point of forming a “froth” as chaotic as it is poetic. Other theories followed – superstrings, loops,
noncommutative geometry – out of which have emerged today theories of “quantum gravity,” which will enthrall fans of mind-blowing science.
Some theories see the fabric of space-time made up of miniscule loops of elementary spaces and times; others see time as a mirage, an illusion due to the large number of particles that make us up. They all exhibit extraordinary human inventiveness when it comes to understanding the origin of the universe.