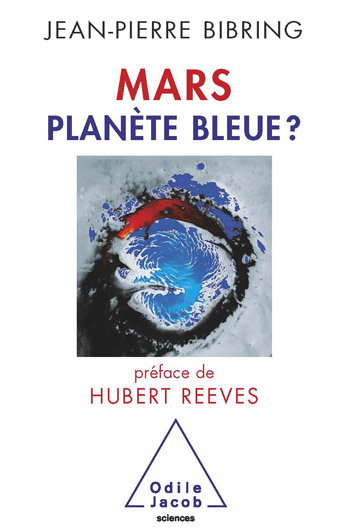 Jean-Pierre Bibring is in charge of several programmes related to the exploration of Mars. He is a professor of physics at the University of Paris-Sud and an astrophysicist at the Institute of Space Astrophysics, at Orsay.

Mars is visible with the naked eye and is doubtless the planet that has exercised the most fascination. Because of its colour Mars was associated with blood and symbolised the god of war. But over the last two centuries its status has changed: its reddish colour is no longer perceived as blood but as rust. And rust means water — which means life.
Since then, and till the most recent explorations, the search for signs of extraterrestrial life on the Red Planet has not stopped. And Mars has continued to inspire the most inventive science-fiction writers.
In this book, Jean-Pierre Bibring traces the evolution of Mars, recounting the technological feats and marvels of ingenuity that scientists have used to seek life on the planet. He emphasises how much we have learned in the process about the formation of planets (including our own) and about the nature of life.


Did water ever flow through the valleys of Mars? If it did, what became of it? Could it still be trapped underground, as ice? Did life forms develop on Mars? If they did, how could we find out? Could we envisage creating conditions on Mars that are similar to those on Earth, so that humans may one day be able to inhabit Mars? The eminent French astrophysicist Jean-Pierre Bibring answers these and many other questions that continue to fascinate young and old alike.

This little gem of popular science recounts the history of Mars in clear, accessible language.