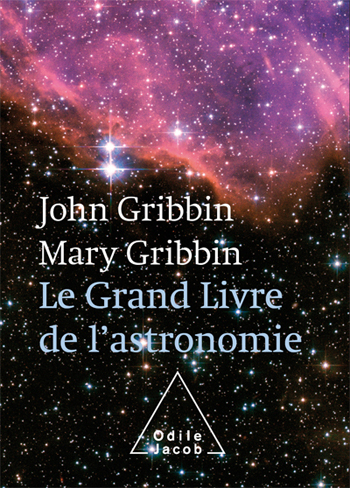 From Here to Infinity The Royal Observatory Greenwich Guide to Astronomy

Sponsored by The Royal Greenwich Observatory, the world's most prestigious observatory whose Prime Meridian defines longitude and latitude, this book guides us on a fascinating interplanetary, interstellar and intergalactic voyage. John and Mary Gribbin, who are among the best-known current popular science writers, take us from the Earth to the Moon and to the other planets of our solar system, then to the Sun and the other stars (dwarf, red, neutron stars, etc.). Finally, they guide us through the Milky Way and the other galaxies, as these come together to give birth to new stars, or as they travel away from one another at ever- greater speeds, leaving only a sidereal void between them.

The splendid photography will awaken readers' awe, intelligence and curiosity.

The book tackles some fundamental questions: Is there only one universe or an infinite number of them? What is the origin of life? Are we alone in the universe?

• A magnificent, beautifully illustrated book that will fill readers with wonder.

• A great work of popular science that will sharpen readers' intelligence.

• A stunning book that makes astronomy accessible to the general reader.

• The authors are recognised as the greatest current popular science writers.

• The present edition is part of a high-quality European co-edition.

• The book was sponsored by the world's greatest Observatory.

• It will appeal as a reference work to all levels of interest.

• It will serve as a beginners' guide for younger readers.

• It is certain to be praised as an authoritative guide by reviewers.

John Gribbin, a Visiting Fellow at the University of Sussex, is the author of more than one hundred popular science books, many of which have been great international successes.

Mary Gribbin, a Visiting Fellow at the University of Sussex, has written many popular science books for children.

Their works include Q is for Quantum, The Science of Philip Pullman's His Dark Mysteries and Schrödinger's Cat.