...
Catalog
Science
Biology
War of the Sexes in the Animal Kindgom 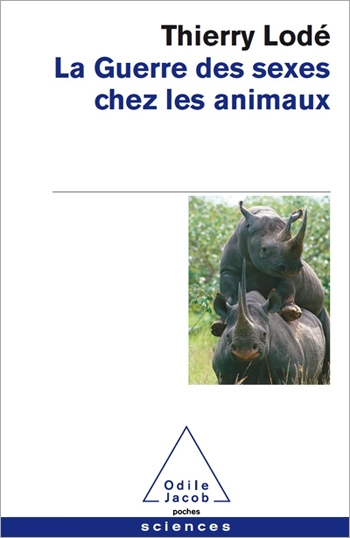 The War of the Sexes in the Animal Kindgom

Even among animals, the sexes do not live in harmony. Between the vanished sexuality of lizards and the unrestrained sexuality of bonobos, there lies a large battleground where conflicts are waged between females, between males, as well as between males and females. The war between the sexes begins with sexual harassment among dolphins and culminates in the ferocity of the praying mantis.
Considering that both males and females contribute to the reproduction of their species, how can so much aggression and such lack of concord be explained? Can we continue to accept the traditional Darwinian view that sexual conflict is but one of the many parameters governing sexual selection? Thierry Lodé argues that profound differences between male and female evolutionary paths are the underlying causes of sexual conflict. Perhaps the natural history of sexuality is really the history of all the feeble attempts at truces, followed by an instinctive resumption of hostility, between two sexes that are fundamentally separate and yet, eventually, bound to come together.

Thierry Lodé has developed a groundbreaking theory to explain sexual conflict. He sees the diversity of forms of sexual behaviour in the different species as one of the basic principles of life. He has examined more than 600 sources  including the works of feminist biologists who have introduced the notion of difference into evolution.
This is a lively account of the fierce strategies and surprising sexual habits of the animal kingdom.

A biologist, professor of evolutionary ecology at the University of Angers, and a senior research fellow at the University of Rennes, Thierry Lodé is one of the major specialists in animal sexuality and social life. He is the author of Stratégies de reproduction des animaux.