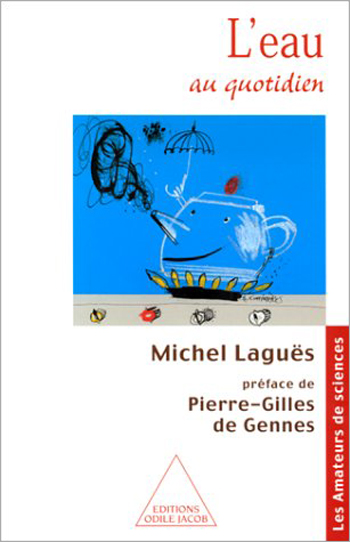 local_libraryTake a look inside
In this book about science in daily life, Michel Laguës presents complex physical phenomena through the observation of some of the most familiar aspects of water. He offers numerous examples: We can understand the laws of optics by examining the property of water drops to refract white light and split the visible spectrum into the seven colours of the rainbow. We can study the phenomenon of percolation, which we use when we make coffee, to understand the changes in states of matter. This is one of the basic properties of water: in the form of ice, it exists in a solid state; it flows out of the tap in as a liquid; when it is boiled, it evaporates into the air in a gaseous state. With the aid of this book, readers will be able to understand some of the most complex and profound ideas of contemporary physics  simply by observing water in their daily lives.

Michel Laguës is a research director at the Centre National de la Recherche Scientifique and heads the laboratory on surfaces and superconductors at the École Supérieur de Physique et Chimie Industrielle, in Paris. He is a former student of SUPELEC.