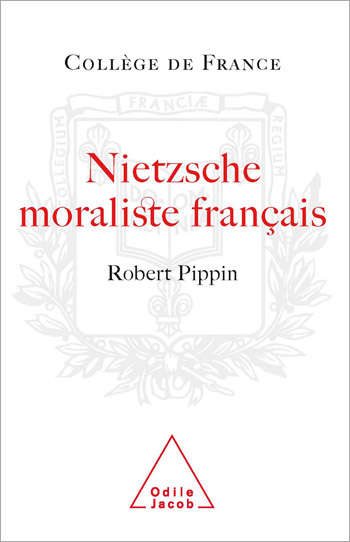 local_libraryTake a look inside
In this book, Robert Pippin examines the powerful ties linking the German philosopher Nietzsche to French writers  Montaigne, La Rochefoucauld, Pascal, Stendhal, Flaubert, Goncourt and Renan, who figure so importantly in French culture  rather than to French philosophers. Pippin does not only study sources and influences and establish comparisons. He argues that Nietzsche turned to the French moralists, particularly Montaigne, in an attempt to make psychology the ruling science and to make it the path leading to fundamental problems, as he writes in Beyond Good and Evil.
In Ecce Homo, Nietzsche explained why he wrote such good books. In this surprising re-examination of Nietzsches works, Pippin explains why we should not try to understand them in a traditional philosophical sense and he shows how they aim to do more than simply propose theories.

The American philosopher Robert Pippin analyses with great subtlety and sympathy not devoid of surprise, the elective affinities between Nietzsche and great French writers. In the process, he reveals a thinking America that we, here in France, tend to forget today: an America that is the heir to Europes dilemmas and is fully aware of them, but which also seeks to avoid its excesses and errors.
Marc Fumaroli

Robert Pippin is a professor at the University of Chicago, where he succeeded François Furet at the head of the Committee on Social Thought.