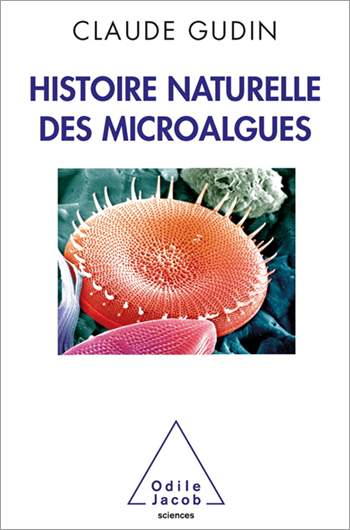 The Natural History of Microalgae

Claude Gudin is an engineer and research scientist specialising in the culture of photosynthetic organisms for the French Alternative Energies and Atomic Energy Commission (CEA). He has worked for British Petroleum and taught biotechnology at the Ecole Centrale, in Paris. The holder of numerous patents, he was the recipient of the 1994 Gold Medal of the French Academy of Agriculture. He is the author of Une histoire naturelle des sens (2007) and Une histoire naturelle de la séduction (2003).

Algae first appeared in the sea about three billion years ago and are now to be found everywhere, having successfully adapted to all types of environments: from highly saline water to freshwater, both warm and cold; to a variety of sea depths by adjusting to light perception at different wavelengths; to life on land by adhering to rocks and tree trunks, to animal fur, coral, sea anemones, and even mushrooms to form lichens that can adapt to dry climates.
Where do algae come from? What resources can they provide? Cultivating and farming algae is much more recent than agriculture and horticulture. Yet algae’s capacity to regenerate our polluted atmosphere could be crucial for the future of humanity.

• An internationally acclaimed specialist on microalgae reveals an amazing world of micro-organisms.
• A fascinating journey into Nature’s incredible creations.
• A ground-breaking, worldwide response to pollution.