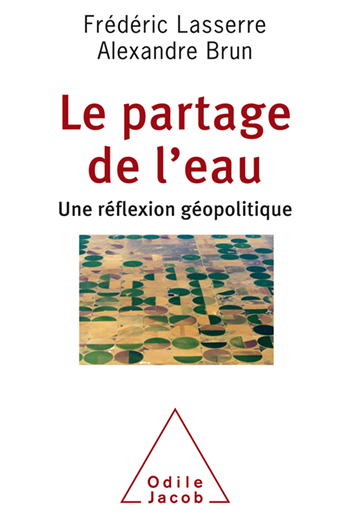 The Geopolitics of Water/Sharing Water Water – a source of conflicts

Frédéric Lasserre, geographer at the Université Laval, is director of the Conseil Québécois d’études géopolitiques (CQEG – Quebecois Council on Geopolitical Studies ); Alexandre Brun is assistant professor in the “Geography and Planning” department at the Université Paul Valéry in Montpellier.
Water is not a resource like others. Oil and minerals are exchanged following the laws of the market; water, a vital necessity, is shared in function of needs, but its very gratis nature makes its governance an eminently political issue. However, if we no longer count the conflicts owing to an unequal distribution of water resources, we have not yet observed a “water war.” But who would dare wager, in these times of climate change and global warming and the increase in the number of droughts, that there never will be any?

Every river presents a unique political problem, in that it involves the ways of life of the countries it passes through. The choice of intensive farming killed the Aral Sea and dried out the Colorado River, while the Aswan High Dam over the Nile raises serious questions of access to water in Ethiopia and the Sudan, without resolving Egyptian agricultural issues. The Jordan River, unilaterally governed by Israel, and the Euphrates, barred by Syria in Tabqa, have greatly contributed to the rise in conflicts: the Six-Day War, and the Arab Spring in the Middle East.

These tensions over a natural resource that is becoming increasingly rare demand, precisely, a return to nature, and to a questioning of any productivist or political governance of this common resource. A sign of the times: there is now no longer any large European city, such as London or Paris, that isn’t attempting to “reconquer” its river and instill a new relationship with water.