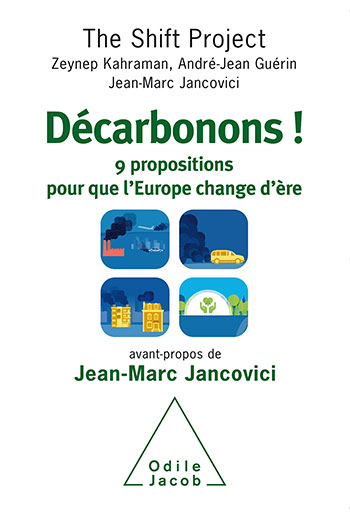 Let's De-Carbonize Europe! Nine propositions for Europe can move on

Jean-Marc Jancovici, an engineer at the Ecole Polytechnique, is a consultant, teacher and founder of the company Carbone 4. He directs The Shift Project, set up to accelerate energy transition, and took part in the establishment of the Ecological Pact of the Nicolas Hulot Foundation. A tireless media pundit on environmental issues via his TV programmes and his blog, he is also the author of numerous successful books.

Will Europe set an example? Will it show the world the way forward in ecology? This would be a fine thing in these times, according to members of the think-tank led by Jean-Marc Jancovici, engineer in ecological solutions, scientific advisor to Nicolas Hulot, one of the first promoters of the carbon tax, and architect of energy transition. Because there is still time to fight the catastrophic effects of global warming.

"The Shift Project”, as this movement is named, proposes a manifesto to decarbonise Europe. Following the example of the Nicolas Hulot Ecological Pact, signed by all candidates in the 2007 presidential election, it consists of submitting to the candidates of today nine proposals, precisely and clearly documented, on the main aspects of the necessary energy change — transport , industry, sustainable agriculture, housing renovation — sorted under key headings such as "How much does it cost?" Or "Who pays?".