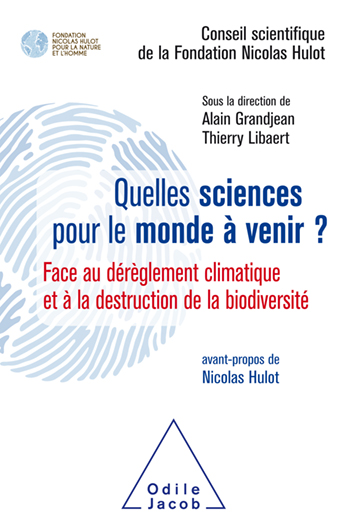 Prefaced by Nicolas Hulot, a French journalist and environmental activist, this book features contributions by 30 members of the scientific board of the Nicolas Hulot Foundation for Nature and Mankind. The Foundation's mission is to propose and accelerate changes in individual and collective behaviors, and to support environmental initiatives in France and abroad in order to initiate the ecological transition of our societies.
Enormous, seemingly unrelated crises are occurring in rapid succession. Global warming preceded and will follow the coronavirus, and no vaccine will be able to help. There is a common element to both crises, however: in these areas where science alone can provide valid responses, politics, the economy, and the media ultimately form an unappetizing blend, based on “fake news” and conspiracy theories.
Climate change is a classic example of this: brought to our attention by scientists around thirty years ago, it was battled within and outside the scientific community, before the inescapable signs became so obvious that everyone (or almost) agrees on its reality.
And so, the obstacles all scientific expertise would be up against became quite obvious.

Even an organization as exemplary and irreproachable as the IPCC [Intergovernmental Panel on Climate Change] found itself being accused of all sorts of malfeasance … In fact, the opposition to scientific reality is the result of an informal coalition among the industries that are vitally dependent on fossil fuels and existing economic theories that tend to promote the idea that no other option than “business as usual” is foreseeable. As for the media, they very conveniently benefit from scientific debates… and when debates are easily skewed.
Beyond providing facts and analysis, this book proposes measures for a healthy inclusion of science in political debates and action: a “Scientific Pact” in ten bullet points, 15 years after the “Ecological Pact” launched by the Hulot Foundation.