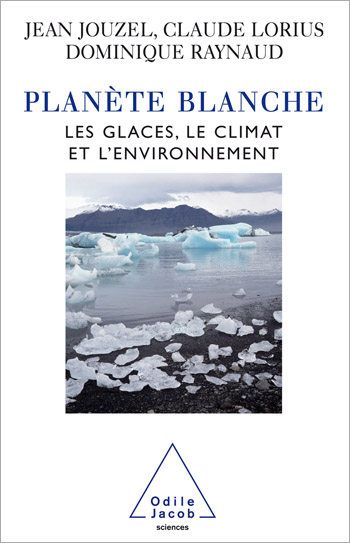 local_libraryTake a look inside
Since Claude Lorius's first expeditions to Adélie Coast in the 1950s, glaciology has become a fully recognised, vitally important science because it has enabled us to follow climate history over thousands of years. The authors of this book are precursors in the field: in 1987, they demonstrated that temperature variations are linked to the quantity of greenhouse gases in the atmosphere.

The International Polar Year occurs amid ample evidence of the existence and rapidity of climate change in the North Atlantic during the last Ice Age and during recent times.

Above all, this book is a fascinating journey through what could be called the White Planet, from Greenland to Antarctica and across glaciers in the temperate zones. It follows the numerous expeditions and experiments that have added to our understanding of the world of ice and snow. The book is an essential contribution to the ongoing debate on climate change. What will the climate of the future be like? The answer is to be found now in the ice.

This is a fascinating book by three eminent scientists, recognised internationally for their pioneering work in glaciology and climate change. The International Polar Year has put the study of ice and snow at the centre of investigations into climatology. As a result, several scientific and political actions have already been undertaken. Glaciology is certain to play a crucial role in future studies on climate change.

Jean Jouzel is one of the French members on the Intergovernmental Panel on Climate Change (IPCC), which was awarded the 2007 Nobel Peace Prize. He is the director of the Institut Pierre-Simon Laplace and a senior research fellow at the French Atomic Energy Commission. In 2002, he received a Gold Medal from the Centre National de la Recherche Scientifique (CNRS).

Claude Lorius is an emeritus senior research fellow at the CNRS's Laboratory on Glaciology and Geophysics of the Environment, which he founded in Grenoble. He is a member of the French Academy of Sciences and was a recipient, in 2002, of a CNRS Gold Medal. He is the author of Les Glaces de l'Antarctique (1991) and L'Antarctique (1997).

Dominique Raynaud is a senior research fellow at Grenoble's Laboratory on Glaciology and Geophysics of the Environment and one of the French members on IPCC, which won the 2007 Nobel Peace Prize.