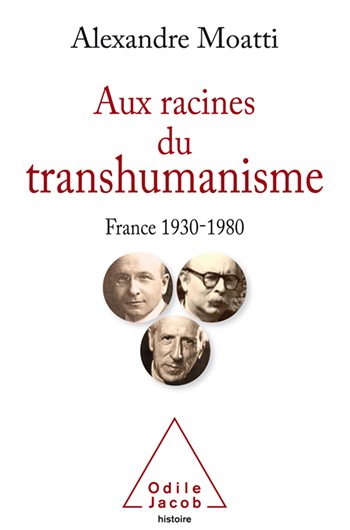 Alexandre Moatti, head engineer at the French Mines School of Engineering, is associate researcher in the history of science and ideas at the Université Paris-VII-Denis-Diderot. He is the author of Einstein, un siècle contre lui [Einstein, a Century Against Him] (2007).
Transhumanism is a hot topic. The combined prowess of computer science and biology is continually lauded on the front pages of media outlets. In short: the human being of tomorrow will be hardly recognizable! But this story isn’t new. Even through the lens of technology, the subject ultimately always involves eugenics and selection, taboo themes that were already being debated in the 1930s. At that time, people wondered just how far machines would go and if humans, overtaken by science, might not also be modified by science. When the physiologist Alexis Carrel, Nobel Laureate in 1912, spoke out in favor of active eugenics, Jean Rostand envisioned a “superhuman” and Teilhard de Chardin an “ultra-human.”

The roots of transhumanism are not exclusively French, but they emerge with astonishing clarity out of this analysis, which portrays them as intersecting other great ideologies of the last century. The most “advanced” technologies raise in new terms the questions that have been debated for a century: the history of ideas sometimes reveals an unexpected circling back.