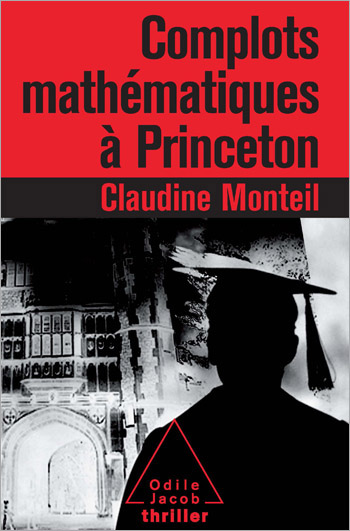 local_libraryTake a look inside
Charlotte Cavagnac, a brilliant French academic and political scientist, has come to Princeton to spend a few days with her father, the Fields Medal laureate and star of the university's mathematics department Jean-Claude Cavagnac. But when she wakes up the morning after her arrival, her mind filled with childhood memories of the years spent on the Princeton campus, Charlotte suddenly realises that her father isn't there. A family friend, who is also a mathematician, phones to tell her that her father is missing and that he was last seen on the lake. Soon afterwards the drowned body is found.

Accident? Suicide? Neither: his boat was sabotaged. Who had motives to want Cavagnac's death? Was he the victim of academic intrigues and jealousies? Or of a secret service conspiracy, because his research had ramifications in cryptography and computer science? Had he uncovered a dreadful plot? And why had Cavagnac, the non-gambler, suddenly become so interested in casinos?

Charlotte will try to find the answers to these questions. And she will discover that, underneath their strict appearances, the people who were close to her father — his friends and colleagues and even his mistress — are perhaps not quite as innocent as they seem. Is there anyone she can trust? Michael Taylor, the FBI agent in charge of the case, will be her only recourse when she herself is threatened.

Working in tandem, Charlotte and Michael form a great team and succeed in unravelling the maze of events that resulted in the campus murder. This fast-paced thriller takes readers down many false tracks before revealing the ambiguities of a closed academic world with its minor jealousies and major rivalries, against a background of State secrets.

Claudine Monteil is most notably the author of Les Amants de la liberté : Sartre et Beauvoir dans le siècle and Les Soeurs Beauvoir. A historian and biographer, she has been a militant for women's rights since the 1970s. She is the daughter of the mathematician Jean-Pierre Serre. This is her first thriller.