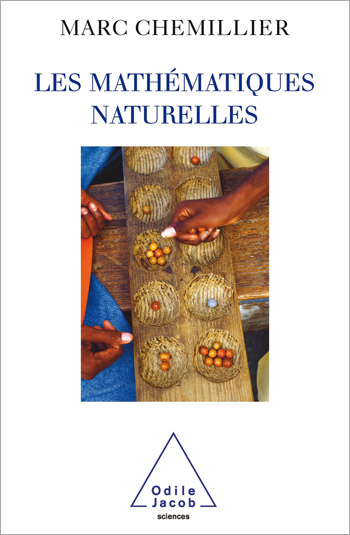 local_libraryTake a look inside
The work of Stanislas Dehaene in cognitive psychology has shown that all human beings have innate numerical skills. Natural mathematics is unlike formal mathematics in that it is analogical (everyone can discern that 8 is greater than 7) rather than discursive (not everyone can work out 8 + 7).
According to Marc Chemillier, anthropological research has shown that natural mathematics is apparent even among peoples who have not developed writing. In these oral societies, mathematics manifests itself in the decorative arts, in games of strategy, in divination techniques and, as in our own culture, in music.
This book explores the fascinating world of natural mathematics, which is not limited to numbers but extends to more complex areas such as topology. When you knot a tie, you are actually engaging in mathematics.

This enjoyable, highly accessible book will help readers understand how the mind works. The author  a mathematician, musician, computer scientist and anthropologist  demonstrates the common traits of the human mind, in a book that can be read as a series of puzzles and mysteries to be unravelled.

Marc Chemillier, a mathematician and musician, is a senior lecturer at the University of Caen and a research fellow at the Institut de Recherche et Coordination Acoustique/Musique (IRCAM).