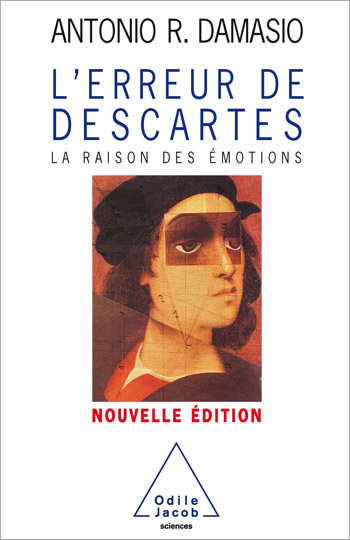 local_libraryTake a look inside
Being rational does not mean cutting ourselves off from our emotions. The brain that thinks, calculates and decides is the same one that laughs, cries, loves, and feels pleasure and pain. The heart has its reasons  which reason is far from ignoring.
Refusing the rigid categories of Cartesian thought, Antonio Damasio argues against all attempts to reduce the workings of the human mind to the cold calculations of a super-computer. And he draws on recent research to demonstrate that it is the absence of emotion and feeling that keeps us from being truly rational.
First published in 1995, this book has since become a classic.

In a fascinating essay, Antonio Damasio sets out to demonstrate that the opposition between reason and feeling has no biological foundation.
Le Nouvel Observateur

A scientist who has given the soul a neurobiological basis.
Science et Vie

Will not fail to captivate curious minds.
La Recherche

Antonio R. Damasio is the head of the department of neurology at the University of Iowa, U.S.A., and teaches at the Salk Institute in La Jolla, California. Editions Odile Jacob published the French translations of The Feeling of What Happens: Body, Emotion, and the Making of Consciousness (Le Sentiment même de soi, 1999) and Looking for Spinoza: Joy, Sorrow, and the Feeling Brain (Spinoza avait raison, 2003).