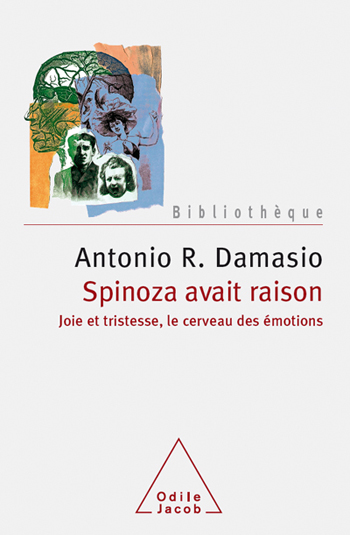 Looking for Spinoza Joy, Sorrow, and the Feeling Brain

Looking for Spinoza is the crowning achievement of the enterprise undertaken over the years by Antonio Damasio, one of the world's foremost neurologists. He is largely responsible for rehabilitating the role of the emotions and feelings in reasoning and in the decision-making process, as well as in the development of the sense of self and of consciousness. What, in neurobiological terms, is an emotion and what is a feeling? What is their value for a human being? Damasio shows how joy and sorrow are cornerstones of our survival. As he investigates the cerebral mechanisms behind emotions and feelings, Damasio argues that the internal regulatory processes not only preserve life within ourselves, but also help us to produce our greatest creations — art, of course, but also moral behaviour, the legal system and social organisation. If Descartes declared a split between mind and body, Spinoza, writing at roughly the same time, not only unified the two but intuitively understood the role of emotions in human survival and culture. Hence the journey undertaken by a pioneering modern scientist to rediscover the visionary author of the Ethica. For, in Damasio's view, it is Spinoza who prefigured our modern neuroscience of emotion, feeling and social behaviour. And it is Spinoza who provided the concepts and perspectives necessary for us to progress in our knowledge of ourselves. “This is the boldest, the most satisfying, and the most personal of Antonio Damasio's books, presenting dazzling insights into the nature of emotion and feeling.” Oliver Sacks, author of The Man Who Mistook His Wife for a Hat “A brilliant intellectual exercise but also a meditation on how to reach happiness and a better life. A rare and almost unique attempt to examine the most recent neurobiological knowledge about emotions and feelings in the framework of Spinoza's thinking.” Jean Pierre Changeux, Collège de France and Institut Pasteur Antonio Damasio is the Van Allen Professor of Neurology and head of the department of neurology at the University of Iowa College of Medicine. He is also adjunct professor at the Salk Institute for Biological Studies, La Jolla, California, and the author of Descartes' Error (translated into 23 languages) and The Feeling of What Happens (translated into 19 languages).