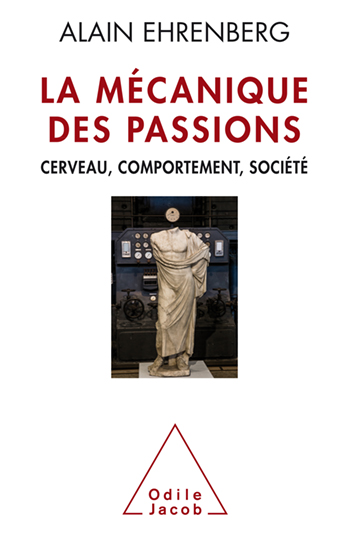 The Mechanics of Passions: The New Contemporary Individualism

Alain Ehrenberg is the author of ground-breaking books that have greatly impacted the history of ideas: La Fatigue d’être soi, Le Culte de la performance, L’Individu incertain, and, most recently, La Société du malaise (2010). Sociologist, director of research at the CNRS, in 2001 he founded the Cesames (Centre de recherché psychotropes, santé mentale, société - "Psychotropics, Mental Health, Society" Research Center).
Never before has the brain occupied such an important place. Leaving the realm reserved for it by neurology, it has become an essential social player. So believes Alain Ehrenberg: our behaviors, whether pathological or normal, will now be analyzed in neurobiological terms, with the expectation for concrete applications in politics, law, economics… A new social science is born. And its implications are decisive: indeed, it involves our individual and collective well-being, the education of our children, the treatment of addictions and illnesses, but also the development of positive and democratic emotions, such as empathy or benevolence.

For Alain Ehrenberg, if the twentieth century belonged to psychoanalysis, the twenty-first century will belong to the neurosciences. And with them a new type of individual is revealed, one living in a society whose values are those of autonomy, performance, and competence. In matters concerning the brain and the cognitive sciences, then, there is much more than just scientific issues that will henceforth be in play: an ideal for life and a new society are offered as models for the future.