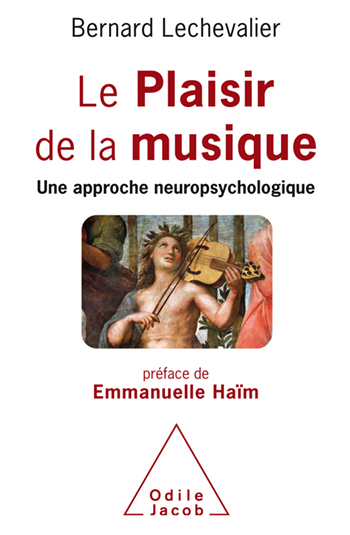 The Pleasure of Music

Bernard Lechevalier is a neurologist, emeritus professor of neurology at the University of Caen. He has presided over the French Neurological Society and the French language Neuropsychology Society. A member of the French National Academy of Medicine, he coordinates a working group there in neuropsychology, his specialty. Having served on the national commission at Inserm [French Institute of Health and Medical Research], he has contributed to the creation of a research unit in this area, and to the establishment in Caen of the world-renowned Cycéron research center. Also a classical organist, he has been taught by great Parisian musicians, and regularly gives concerts.

Why does music touch us? Why do we like it?

In this book, Bernard Lechevalier shows that the perception of music and the emotions it evokes relate to a complex process that is connected to the structure of the work, itself, but also to associations of ideas and affects, as well as to the context of its performance and how we listen to it.

Based on the most recent discoveries in neuropsychology, he suggests that we join him on this adventure in the analysis of the complex affective states that the organization of sounds elicits in us.

The pleasure of music in its three elements -- creation, performance, and listening -- without distinguishing between classical music, popular music, or jazz!