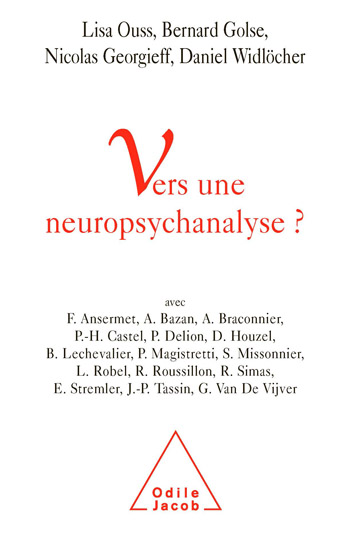 local_libraryTake a look inside
What is neuropsychoanalyis? A fad? A cross between two a priori incompatible sciences? Or could it be more positively described as an attempt to combine the theoretical and clinical insights of neuroscience and psychoanalysis, two disciplines that have long been kept apart but that have much to offer each other on a practical level.

Far from indicating the failure of psychoanalysis as it seeks scientific endorsement, the emergence of the new interdisciplinary science of neuropsychoanalysis should be regarded as the means to a better understanding of psychic life, covering language, consciousness, representations of the self and of others, personality and psychopathology.

Just us the contributions of neuroscience have enhanced clinical practice and caused therapy to progress, psychoanalysis could provide the most interesting approach for future research in the neurosciences, as Eric Kandel has argued.

For the first time in France a work aimed at a general audience attempts to explain the new interdisciplinary science of neuropsychoanalysis, while offering a comprehensive overview to further the advancement of existing knowledge.