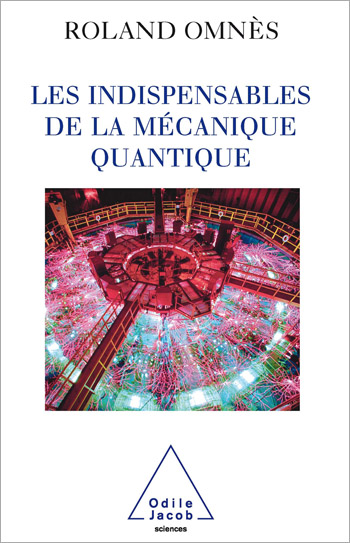 The Essentials of Quantum Mechanics

local_libraryTake a look inside
This book is a mathematical
and philosophical introduction to quantum mechanics. The author explains quantic formalism (Schrödingers equation) and investigates the theoretical questions posed by quantum mechanics from both a mathematical and a philosophical viewpoint. These include the decoherence that occurs during the passage from the microscopic to the macroscopic and from quantum mechanics to classical mechanics, the irreversibility of time, quantum logic, measurement, causality and correlation (the Einstein-Podolsky-Rosen paradox, for whose solution Alain Aspect was awarded a gold medal by the CNRS).
The originality of this introduction to quantum mechanics lies in its clarity. Not only does the author present equations with a step-by step explanation of how they are constructed, he also renders explicit the underlying concepts (the wave-corpuscle duality, for example) to make his meaning clear. His goal is to make readers understand the experimental power of quantum theory, which has never been denied, and its theoretical strength, which has forced scientists to re-think matter and question the way the mind works.
The author also examines the philosophical problems posed by quantum mechanics.

Roland Omnès is a physicist and professor emeritus at the University of Paris Sud (Orsay). He is the co-author, with George Charpak, of Soyez savants, devenez prophètes (Editions Odile Jacob, 2004).