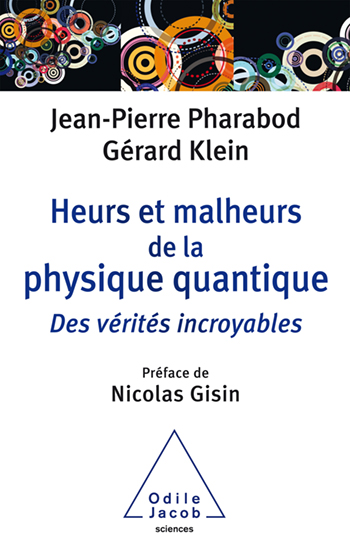 Jean-Pierre Pharabod is a physicist who until 2000 worked in the laboratories of the Ecole Polytechnique. He is the author of many popular works.
Gérard Klein is a writer and publisher of science fiction, and an avid observer of the evolution of science and its treatment in fiction.
"A scientific theory triumphs when its opponents are dead," said Max Planck, a pioneer in quantum physics. This field is a good example of the pertinence of his adage, but the theories of relativity or the more ancient ones of atomism and light have caused many disputes: a new idea always confronts the established order, and takes its place only after a fierce struggle.

Born in the first half of the twentieth century, Quantum mechanics is a branch of physics which describes the behaviour of very small objects: molecules, atoms or particles. It is one of the pillars of contemporary science. It is full of paradoxes, of strange-seeming theories that oblige us to reconsider the way in which we view matter and even the physical world in general.

These are the scholarly disputes brought to life here by two historians of science, illuminating as much the nature of the challenges connected with these new theories as the structure of the scientific community that confronts them.

The life of a scientific theory is never easy, and an analysis of the turbulence it generates is an excellent way of looking at it, without calculation or any particular scientific background.