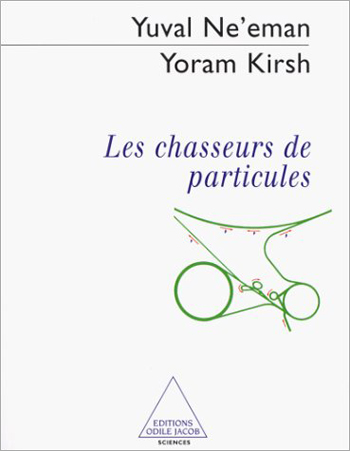 The Particle Hunters Translated from the English by Geneviève Bugnod.

local_libraryTake a look inside
Yuval Neeman discovered the symmetrical properties of elementary particles, which resulted in their classification and the prediction of new particles. He was also responsible for the discovery of quarks, another level of elementary particles. In this book, Yuval Neeman and Yoram Kirsh recount the story of particle physics in the twentieth century, beginning with the experiments conducted by J.J. Thomson and Ernest Rutherford at the turn of the century. They explain how physicists first discovered the various levels of the atom and then tried to describe its structure, culminating in the most recent "standard model". The Particle Hunters addresses the general public in clear, straightforward language. Assuming that the readers knowledge of physics is limited to basic notions such as energy, mass, and electrical charge, the authors explain the theory of relativity and the fundamental principles of quantum mechanics, which have guided physicists in their search for the ultimate particles of matter.

Yuval Neeman teaches theoretical physics at the University of Tel Aviv. He is the President of Israels Space Agency and has held several government positions.

Yoram Kirsh teaches physics at the Open University of Israel. He has written several works of popular science.