...
Catalog
Science
Physics, Chemistry
Under the Sign of Light 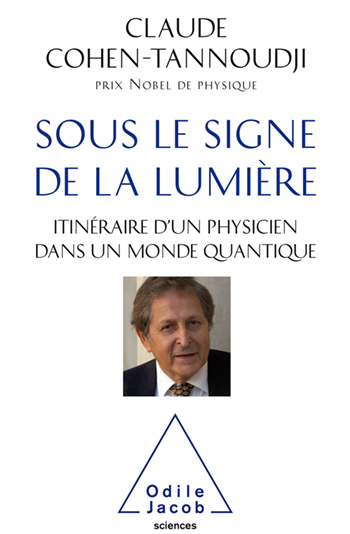 Claude Cohen-Tannoudji, a physicist and 1997 Nobel Laureate, became famous through his experiments on the interaction between light and matter, opening a new chapter in quantum physics.
How did the son of a small haberdasher in Constantine come to receive the Nobel Prize from the hands of the King of Sweden, after becoming one of the greatest figures in quantum physics? Looking back on his life, Claude Cohen-Tannoudji attempts to discover just how much luck, work, and the people he has encountered played a role in his life history.

Taking advantage of the amazing surge in scientific research during the Trente Glorieuses following WWII, quantum physics became a very active field of research to which two great physicists, Alfred Kastler and Jean Brossel, introduced him. The young Cohen-Tannoudji would focus on interactions between light and matter, and would succeed, after years of hard work, in slowing down atoms by bombarding them with laser light. This would lead to great advances, including MRI (Magnetic Resonance Imaging), and metrology (an extremely precise measurement of fundamental units), and would lead to his winning the Nobel Prize in Physics in 1997… following Kastler (1966), and before Serge Haroche (2012), another member of the same laboratory.