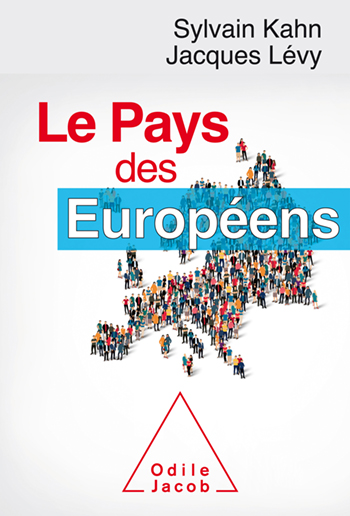 The Land of Europeans

Sylvain Kahn is a historian and geographer, professor at Sciences Po, and a specialist in European issues. He was awarded the European Initiative Prize in 2018.
Jacques Lévy is a geographer, professor at the École polytechnique fédérale de Lausanne and at the Université de Reims. He is the recipient of the Prix Vautrin Lud, the highest distinction in geography, for the entirety of his work in 2018.

2019: it has been forty years since the European Parliament has been directly elected by universal suffrage. But this is the first time that European elections will be as divisive and as decisive. Because with this election, it is the very notion of Europe that is involved.

The authors of this book defend the idea that Europe is a society, the society of Erasmus and the euro, but much more a society that brings together powerful, inspiring values, freedom and solidarity, that promotes an unparalleled way of life in the world. This society that is being invented right before our eyes must also establish a political life commensurate with the ideals it is upholding. Up to now, this has been done through multiple, sometimes apparently disordered, events, and often through crises.

This is why this book approaches Europe from a unique angle, that of space. It shows the effectiveness of dealing with European challenges through the geographical dimension of the social world: through territory/network dynamics, through the way in which Europeans have taken ownership of their space, and over the long span of geohistory. This enables them to see the bigger picture relative to current events, and to enlighten European citizens in a debate, which often falls in the trap of approximations and counter-truths, about the political life of the European Union and what is at stake in Europe. The nineteen ideas that this book examines are nineteen beacons that may, through their cohesiveness and their cutting edge ideas, help Europeans find their way in these pivotal times.