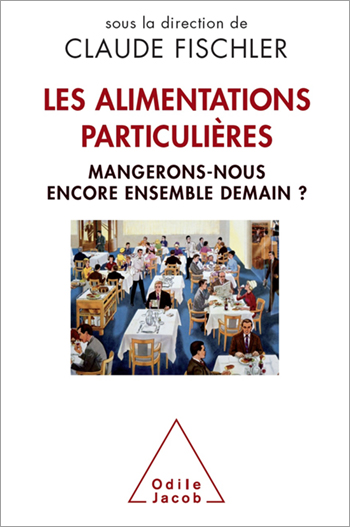 Claude Fischler is a sociologist and a senior research fellow at the French National Centre for Scientific Research (CNRS). Many of his works have been published by Editions Odile Jacob: Le Vin (1999), L’Homnivore (2001), Manger: Français, Européens et Américains face à l’alimentation (2008).

Each human group has its own rules codifying commensalism and the partaking of food and meals. And this practically universal. ‘Tasting everything’ and ‘sharing meals’ allegedly bring humans together. But in the West and in some developing nations, a growing portion of the population has assertively adopted special dietary restrictions. Some must watch what they eat because of a variety of serious pathologies, which are surprisingly on the rise. Others, afflicted by certain, often self-diagnosed, food intolerances adopt specific health-related diets. What is the cause of the proliferation of so many dietary restrictions, which often reflect ethical, political, religious or spiritual constraints?
The author answers these questions by analysing the nature, causes and effects of these special diets, from both the biomedical and the social angle. He contrasts the forms of individualism expressed by such diets with the demands of sociability, and reflects on how mealtime conviviality may be restored.

• An approach that reconciles usually conflicting viewpoints about nutrition: medical vs. social, individual vs. collective.
• A book that is certain to interest the medical and educational communities, in the broadest sense.