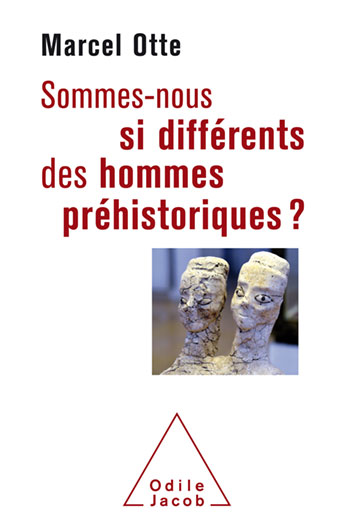 Marcel Otte is emeritus professor at the Université de Liège, president of the “Upper Paleolithic of Eurasia” Commission with UNESCO, and scientific collaborator at the Institut de paléontologie humaine in Paris. Trained by André Leroi-Gourhan and Claude Lévi-Strauss, he has led many ethnological and archeological projects throughout the world. His work focuses on paleolithic religions and arts, cultural traditions and their developments, their spatial displacements, as well as on the symbolic foundations of our value systems constructed over the great expanse of time.
“Here is a book that retraces the long history of humanity in all its metamorphoses and which demonstrates masterfully that this history, from the beginnings, is essentially spiritual.
At each of its stages, humanity has not only chosen its destiny, but, thanks to the power of its spirit, has battled the constraints imposed by its anatomy and its environment. This explains the ceaseless expansion of hominids to all regions of the globe, indeed to the very places that their biological limitations didn’t allow.
For humans, constraints were motivations to transform themselves.
Conquests, discoveries, and works of art proceeded according to the same schema: create what has not yet been done, especially if it is deemed impossible.
Carefully examined, the prehistory of humanity offers us the keys to ourselves, to our societies, and our civilizations. It also enables us today to explore potential paths to protect nature and to save our species from self-destruction.” – M.O.