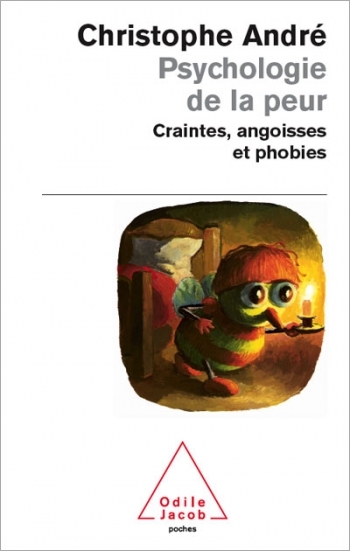 In this book, written in a lively, accessible manner, Christophe André reviews some recent developments in the biology of phobic disorders and anxiety. It is now generally accepted that phobias and allergies have certain elements in common. Both arise from a biological disturbance in a patients alarm system, a defence mechanism which normally serves to protect but is here triggered off too soon, with too much intensity, and for too long. When this happens, the patients rational brain is unable to deal with the situation created by an emotional brain that is constantly sending out false warning signals. These phobias and other excessive fears  which include fear of flying, fear of dogs, fear of speaking in public  affect approximately ten per cent of the population. After explaining recent research into phobic mechanisms, the author goes on to say that although we are not responsible for our phobias, we are all responsible for how we deal with them. We can become resigned to what is in essence a handicap or we can try to overcome it  and he tells us how we can go about this. He argues that the benefits to be obtained from certain types of medication and from biological and behavioural therapies have been demonstrated, particularly their ability to modify the architecture of how the brain functions (known as "neuroplasticity"). Christophe André, a psychiatrist, is the head of a department specialising in the treatment of anxiety and phobias, at Hôpital Sainte-Anne, in Paris. He is the author of LEstime de soi and La Force des émotions, and the co-author (with François Lelord) of Comment gérer les personnalités difficiles and (with Patrick Légeron) of La Peur des autres.