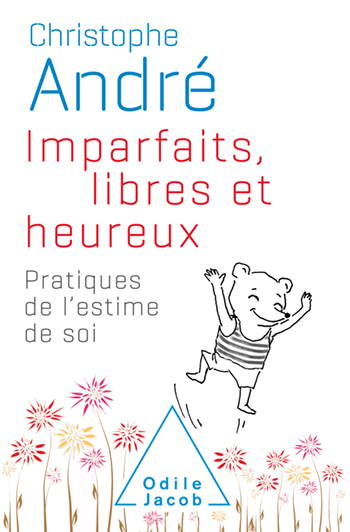 Imperfect, free and Happy How to Live in Friendship with Yourself

I hated myself, I adored myself, and then we grew old together, wrote the French writer Paul Valéry.

Self-esteem plays a major role in attaining a sense of personal equilibrium and a good quality of life. This intimate relationship with the self influences our feelings about ourselves and the world, as well as our behaviour and emotions.

In 1999, L'Estime de soi was among the first books to make these ideas known to a wide readership. Since its publication, Christophe André has continued working with his patients on self-esteem.

This new book is the result. It radically embraces the daily practice of self-esteem and of how to live in friendship and harmony with yourself. It also reveals new ways (self-acceptance, forgetting the self) to lead a better life.

Relating to the self, to action, to others: all the dimensions of daily existence are examined here from the angle of self-esteem.

This book shows how not to drown in your own issues and how to rediscover a harmonious relationship with yourself and with the world, so as to achieve the goal of true fulfilment.