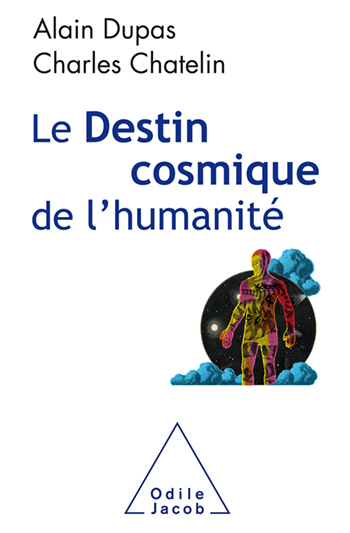 Alain Dupas is an international expert in space technologies, industries and policies as well as in defense and information technology strategies.
Charles Chatelin is a journalist who specializes in the sciences.
After having traveled to the remotest corners of the Earth, is homo sapiens getting ready to pursue its expansion beyond the “frontier above,” to explore and occupy the solar system, and perhaps in the future, the stars and other galaxies?

This book attempts to provide answers to this question.

The authors clearly support the notion that the occupation of space by the human species is an undertaking that, barring a global catastrophe that would prevent the continuation of our civilization, should be pursued in the decades, centuries, and millennia to come, with a decisive, increasingly obvious goal: the permanent installation of the first occupants of the cosmos, former members of the terrestrial civilization, on planets other than Earth.

They promote the thesis of a world in perpetual change, an Earth that is not immutable, and the slow evolution of humanity toward increasingly complex beings in their organization and behavior.

That evolution, extended to the entire history of the universe, itself a long “cosmic evolution,” with the appearance of our species, increasingly integrates a passing from a physical, chemical and biological evolution, to an evolution of a different nature, a more rapid one, which might be called “cultural,” and whose framework is our civilization.

This perspective of humanity’s permanent occupation of space is already quite present within media culture, thanks to works of science fiction (books, but also hugely popular films and television series).

The authors further highlight the great importance of science fiction in the genesis of the concept of “humanity’s cosmic destiny” by devoting each chapter to a work whose subject is based on a related theme.